“Wasserij der Vlaanderen” is a former dry-cleaner whose activities ceased in 2011. The site on which the premises were located – an area of more than 2,000m² – offers many possibilities, which is precisely why Ghent’s municipal government wants to give it a new lease of life.

In light of the historical dry-cleaning activities, and in order to be able to convert the site into a viable meeting place for all local residents, it was necessary to investigate the quality of the soil.

In 2009 Witteveen+Bos conducted a descriptive soil investigation which enabled us to map out any contamination in detail and identify possible risks for local residents. The investigation’s results revealed soil contamination from CVOCs to a depth of ten to eleven metres.

Over the years, these CVOCs have spread via groundwater to 200 lots in the immediate vicinity, making soil remediation necessary. The air quality measurements carried out on the site revealed no immediate risk for the surrounding residents; nevertheless, Witteveen+Bos recommended avoiding the use of groundwater.

Under contract to OVAM (the Public Waste Agency of Flanders), we drew up an initial, phased soil remediation project following the discontinuation of dry-cleaning activities in 2011. In doing so, we focused primarily on the core zone, located at the level of the dry-cleaning facilities.

In the second phase, remediation of the zone located at the level of the sewage system along Kunstenaarsstraat will take place. A soil remediation project has already been drawn up, which involves injecting additives along the Kunstenaarsstraat and Beeldhouwersstraat sewage route. We opted for this technique because of the depth at which the contamination is located and the heterogeneity of the subsurface.

Following two years of monitoring of these phases, it will be determined whether remediation of the plume is still necessary – and if so, using which method.

Is soil contamination standing in the way of your project’s swift progress? Witteveen+Bos supports project developers in the preparation and execution of remediation works. 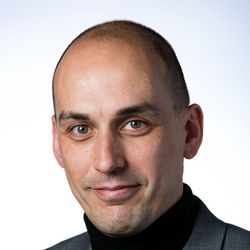