Reducing A58’s vulnerability to flooding and other water-related problems

How can the multi-layer safety (MLS) concept be cost-effectively applied to reduce flood risks? That was the central question of the assignment given to Witteveen+Bos by Rijkswaterstaat Zee en Delta. Rijkswaterstaat aimed to gain insight into the vulnerability to flooding and other water-related problems of the A58 in the municipality of Reimerswaal and of highways in the province of Zeeland. Making the A58 robust – and keeping it that way – by means of cost-effective measures was also one of Rijkswaterstaat’s objectives. For this project, Witteveen+Bos prepared a report which provides the province with guidelines for reducing the vulnerability of its infrastructure.

The topic of vital and vulnerable functions plays an important role in the Delta Plan on Spatial Adaptation: it has been a mandatory part of climate-proof policy since 2020. The A58 in Zeeland has been designated as vital infrastructure, but little was known about its vulnerablility. This is why Witteveen+Bos investigated the dangers related to climate trends such as water safety, flooding, heat and drought. We also analysed how the multi-layer safety concept could be applied to reduce flood risks.

The concept of multi-layer safety (MLS) was first introduced as part of the National Water Plan (2008). MLS involves tackling flood risks through a combination of water barriers (layer 1), spatial planning (layer 2) and crisis management (layer 3). In the past, most of the focus was on constructing strong flood defences (layer 1). The MLS concept adds to this ‘a water-proof outdoor area’ (layer 2) and ‘adequate crisis management’ (layer 3).

For this project, Witteveen+Bos prepared a report which provides the province with guidelines for reducing the vulnerability of its infrastructure. An inventory was made of Zeeland’s highways and their vulnerability was also assessed. A further, detailed analysis was carried out for part of the route in the municipality of Reimerswaal, including analysis of the geotechnical stability of the foundation’s earthworks (so-called roadbeds). Based on this, a damage and risk estimate was made. We also suggested measures employing the multi-layer safety concept. Examples include compartmentalising polder areas and adapting infrastructure so that it incurs less damage in the event of actual flooding.

If you want to know more about the advice provided, read the investigation report. 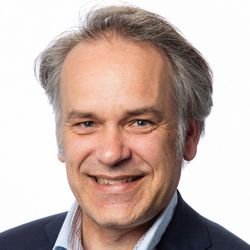