In 2009, work started on the conceptual design of the longest immersed tunnel in the world. The 18.5-kilometre long Fehmarn Belt immersed tunnel is planned as a future road and rail link between the islands of Fehmarn (Germany) and Lollo (Denmark).

The tunnel is three times longer than the longest tunnel currently in use - the Transbay Tube in San Francisco - and will be 45 metres deep. The realisation of the connection will greatly facilitate mobility between the European mainland and the Scandinavian countries, which will boost the economic climate in the various countries. The weather conditions in Denmark in particular are a formidable factor to take into account.

One of the strong points of the tunnel design is the production in segments. In addition to the special construction dock, factory halls are being built for the production of the tunnel segments. The exclusion of weather influences creates a favourable climate for both the workers and the quality of the concrete. In a hall, the reinforcement baskets are prefabricated and later hoisted into the system box. After pouring the concrete, large hydraulic jacks push the tunnel segment out of the box. After 9 segments, a tunnel element is ready and pushed out of the factory hall. The tunnel elements end up in the adjoining dock, which is submerged and then sailed out. As well as excluding the weather influences, the immersion process is also set up independently of the production process.

The immersion process is set up independently of the production process, which gives unprecedented flexibility in this complex infrastructural project 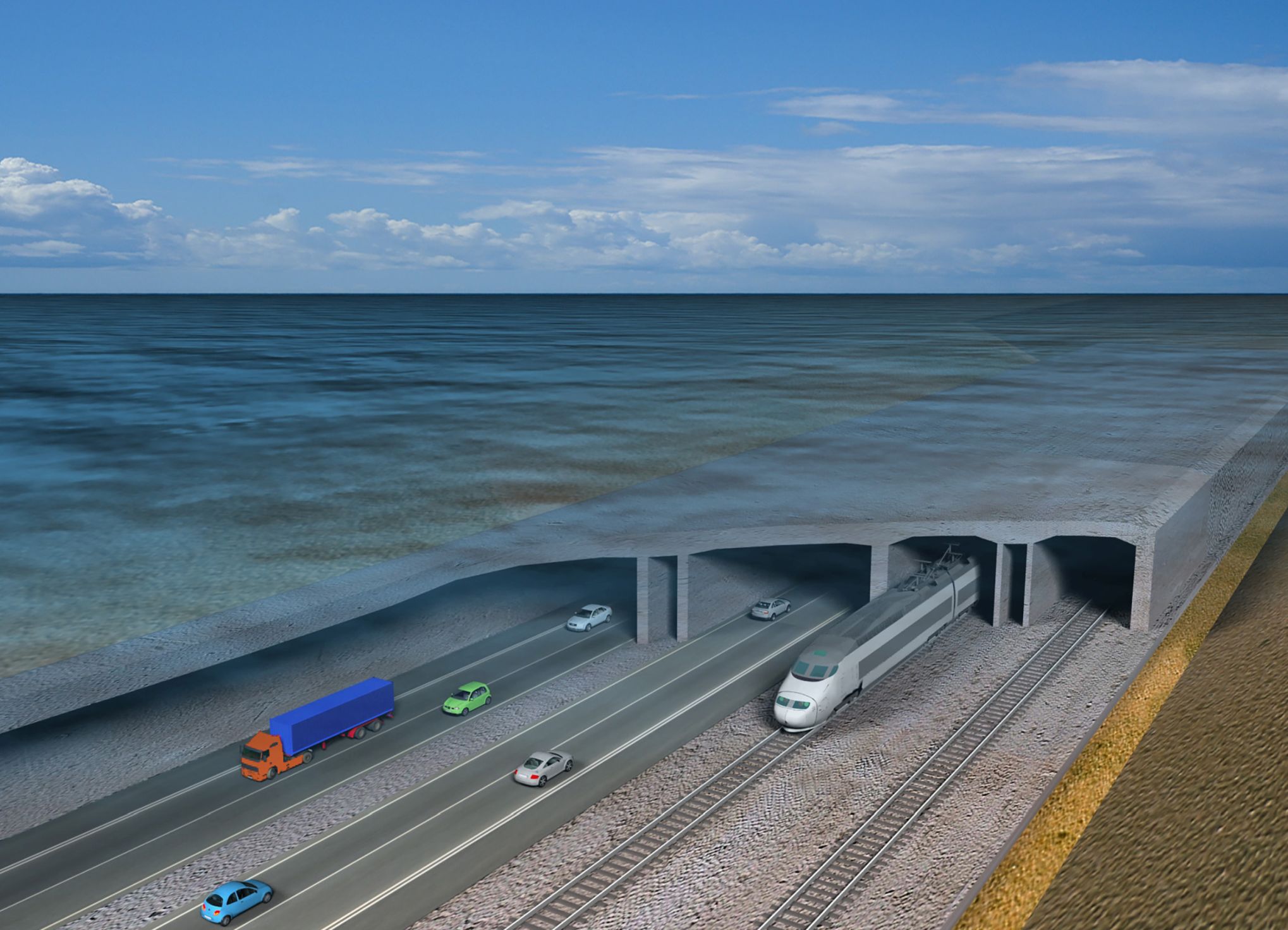