Cycling through the Heathland

In collaboration with MAAT Ontwerpers, Witteveen+Bos designed a wooden bicycle bridge for the Cycling through the Heathland project. This iconic, huge bridge is no less than 294 metres long and forms the link that had been missing between two cycling routes.

With this project, Toerisme Limburg – a non-profit organisation that promotes tourism in Belgian Limburg – aimed to realise a fully integrated and safe cycling route through Mechelse Heide, one of the largest heathland areas in Flanders, while at the same time providing a safe pathway over the Weg naar Zutendaal road.

Witteveen+Bos was responsible for the design, from the preliminary drafts to submitting applications for authorisation, as well as the public tender process. We worked closely with MAAT Ontwerpers during the design process to meet the architectural demands of our client.

It was important that our design incorporate safety, functionality and the experience of the cyclist. In keeping with the rich mining history of the region, we chose an intricate structure of wooden beams and posts.

The result is a bridge consisting of three-metre spans, except where it crosses the Weg naar Zutendaal, where the span is fifteen metres. It was also important to take the minimum height of the bridge into account to ensure the optimum flow of motorised traffic underneath.

This meant that we had to incorporate a gradual rise and fall of the ascending and descending slopes, allowing cyclists to climb gradually to a height of 7 metres and then descend again after a distance of 30 metres. It also created a flat area between the slopes that offers sweeping views over the heathland.

A structure of strong and sustainable wood

We deliberately chose sustainable types of wood for the construction, including preserved coniferous wood from the local area for the walls of the bridge. We also incorporated classical fencing in the flat area to ensure safety. For the support structure, we chose azobé – a type of wood known for its strength and resistance.

For this project, Witteveen+Bos completed and submitted all the applications for authorisation and maintained the tender dossier. We also supported Toerisme Limburg during the public tender process in reviewing and auditing the tenders submitted by contractors for carrying out the work. Witteveen+Bos also supervised the works execution. The bicycle bridge was officially opened to the public during a festive ceremony.

Is there a need for new, safe cycling infrastructure in your region? Witteveen+Bos assesses the possibilities, develops a suitable and sustainable design, and supervises the execution. Get in touch with us and, together, we can examine your needs in detail. 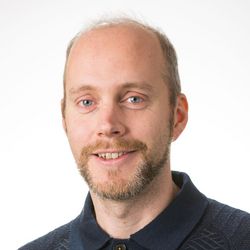