Municipality of Boxtel responds to climate change with stress test

Over the past 130 years, the average temperature of the earth has increased by 1 degree, in part due to greenhouse gas emissions. In the Netherlands, it has risen by 1.7 degrees. A consequence of this global warming is that extreme weather has become more frequent. Winters are milder and torrential rain and heavy storms are commoner, as are drier and hotter periods. The Netherlands is especially vulnerable to flooding because a large part of the country lies below sea level. The sea level has already risen by twenty centimetres compared to over a century ago.

The Municipality of Boxtel wants to know how vulnerable it is to climate change and what the specific risks and opportunities are in relation to this. What is the likelihood of flooding, for example, and what damage can be expected in that event? Witteveen+Bos conducted a climate stress test for the municipality.

A broad climate stress test offers the Municipality of Boxtel insight into the potential vulnerabilities and opportunities in the municipality. This concerns the climate-related issues of flooding and other water-related problems, heat, and drought. Boxtel’s basic sewerage plan has also been updated. The municipality wants to gain a detailed picture of flooding issues and make an inventory of possible solution pathways. Insight into the additional opportunities in (re)development projects is also desired, as is an investigation of the sewage system’s functioning.

Witteveen+Bos used information from the Climate Impact Atlas as a basis for the stress test. Where relevant, we zoomed in on specific local situations, using flood models and local data. Among other things, Witteveen+Bos modelled the inundation time of water on the street and groundwater issues. We also performed an analysis using GIS data in relation to flooding, drought and heat.

The end product of our assignment was an integrated overview of the risks facing the Municipality of Boxtel in the event of continued climate change in the coming decades. Our efforts contributed, for example, to the creation of a municipal agenda for implementing concrete measures over the coming years to limit the effects of climate change. 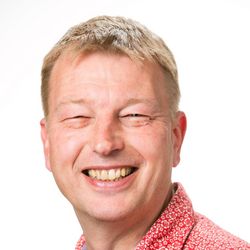