The Environment and Planning Act is expected to be in effect from 1 January 2022. This act will simplify and bring together rules for spatial development, thereby ensuring that the physical living environment is protected and used more effectively and more transparently. Part of this involves introducing the concept of ‘environmental policy’, which supersedes the existing notion of ‘external safety’.

External safety concerns the risks that people and the environment can face as a result of the use, storage and transportation of hazardous substances. Current policy employs the rather technical concept of ‘collective risk’. This is represented by logarithmic F-N curves, where the probability of death (F) is plotted against the number of victims (N), both on a logarithmic scale. This representation is abstract and difficult to understand for both citizens and elected officials, making it unsuited to use in an integrated approach to decisions affecting the living environment. An additional issue is that these decisions only take place in the final phase of the planning process. For these reasons, the notion of collective risk will soon be replaced by that of ‘areas of concern for environmental safety’. This new concept simplifies the planning process by offering a geographical representation of areas surrounding those hazardous activities which have been registered on https://www.registerexterneveiligheid.nl.

Figure 1: Schematic representation of the possible effects of a source of risk.

Within these areas, the possibility of incidents involving fire, explosions or toxic substances exists, and the intervention of government authorities is required to offer people living in them protection. This could include, for example, the application of additional environmental- or construction-related measures aimed at creating greater self-sufficiency or more effective disaster relief. Municipal authorities, as a result, can take such matters into consideration early on in the decision-making process.

Calculating areas of concern for around 500 companies

Under contract to the Ministry of Infrastructure and Water Management, Witteveen+Bos and partner firm AVIV calculated areas of concern for some 500 companies, both Seveso  – i.e. companies where dangerous substances are produced, processed, handled or stored, such as refineries, petrochemical operations, chemical plants, petroleum depots or storage sites for explosive substances – and non-Seveso in nature. This was done in accordance with a step-by-step plan put together by the RIVM. Due to the scale of the work and the amount of data involved, the decision was made to automate the calculations. This meant that a uniform work process for the delivery of existing licensed data also had to be developed, which was achieved using a Relatics environment. Based on the data in Relatics, the scripts developed could then be run to generate the areas of concern.

Figure 2: Example of calculated areas of concern for environmental safety.

Besides the technical work involved, it was also important to provide training to the relevant authorities’ specialists in the use of Relatics. This also helped ensure the proper monitoring of the results. Due to the duration of the project (2.5 years), an online ‘monitoring dashboard’ was developed for stakeholders too, which quickly provided insight into the current status of the calculations and into which authorities were completing their tasks effectively.

At the request of the business community, the calculated areas of concern were also highlighted in separate reports for each company. This allows not only the government bodies but also the companies to prepare themselves well for the arrival of the areas of concern concept. It is expected that areas of concern will play a part in the dialogue between the source of risk and the surrounding area for the purpose of jointly giving shape to a safe physical living environment. The calculated areas of concern will soon be given a place in the Hazard Register by the Ministry of Infrastructure and Water Management. By contributing to this undertaking, Witteveen+Bos and AVIV have helped create a simpler and more transparent means of ensuring environmental safety! 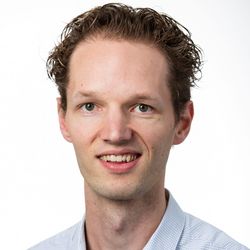