The Twekkelerzoom sewage system is a unique junction in the Municipality of Enschede’s larger sewage system. It is located in a very low-lying area. To prevent streets from flooding during excessive rainfall, Witteveen+Bos was tasked by the Municipality of Enschede with increasing the capacity of the system. This was in part accomplished by integrating and innovating the existing systems.

Twekkelerzoom is the final part of the sewage system that connects to the local sewage treatment plant (Enschede STP). The sewers are located deep below ground level, which makes implementing changes technically complex. This is even more so because various main water flows converge at this location; to provide for sufficient capacity, the dimensions of the transport systems are large. Therefore, making changes is technically complex.

In 1995, the municipality of Enschede decided to construct this facility so as to be able to continue to manage water flows even if the city were to experience strong growth.

This control system ensures that the municipal water flows are distributed more evenly in real time on the basis of the current discharge of the sewage system. Should the sewerage system threaten to become overloaded – for example, due to excessive rainfall – the water in higher-lying parts of the system are temporarily held back and buffered. This reduces the load in lower-lying parts.

The Twekkelerzoom sewage system was drastically modified between 2000 and 2019. The construction of a sunken railway crossing necessitated a drastic rerouting of the main sewer. In 2009, Witteveen+Bos started working together with the municipality on the design and implementation of the hydraulic, civil, mechanical and electrotechnical engineering activities required to make the necessary adjustments and changes.

For example, a new pumping station proved to be required (8 metres deep), as well as various sewer wells/overflow pits that enable pumping stations, sedimentation drains, basins and overflows to be connected in various ways. The modernisation, among other things, consisted of performing drilling with a 1500 mm cross section over a distance of 1.5 kilometres and replacing 2 kilometres of main sewer pipes with a 2200 mm cross section.

An important part of the work was the design of modifications to existing systems and their integration. This made adding new functionalities to the sewage system possible. This, in combination with the insertion of various control slides, has reduced the risk of overloading the sewage system.

The construction work has since been completed. The last part of the project consists of performing real-time measurements in the sewage system to monitor the hydraulic load and to evaluate the effectiveness of the implemented measures. For that, heavy rainfall is needed.

The Municipality of Enschede’s sewage system is an example of how, by adding controllable systems and integrating controls, the capacity of infrastructure can be further increased. 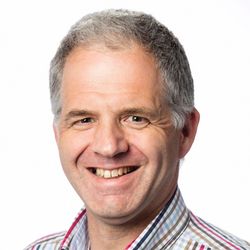