APM Terminals Maasvlakte II B.V. has developed a new container terminal on Maasvlakte 2, a new port and supporting infrastructure that was built on reclaimed land to extend the Port of Rotterdam in the Netherlands. The terminal is one of the world’s most advanced, sustainable and efficient terminals. When fully built, the terminal will cover approximately 180 hectares and will have a 2,800 metres deep-sea quay and a 500 metres barge quay.

First phase
In January 2011 Witteveen+Bos was contracted to provide the civil engineering design and tender documentation and to render assistance during the call for tenders for the terminal. Most of these consultancy services were completed in March 2012. This was followed by Witteveen+Bos overseeing the work on the contract during construction of the first phase of the terminal. The terminal opened at the end of 2014.

Terminal characteristics
Operations at the terminal are highly automated, including quay cranes, stacking cranes and horizontal transport vehicles. The entire terminal will has a capacity of at least 4.5 million TEU after completion. The terminal will be developed in phases. Phase A will be the first operational phase and will cover approximately 86 ha, with a deep-sea quay of 1000 m and barge quay of 500 m. The terminal can service all modes of transport, including the largest next generation container vessel such as the Triple E class from Maersk.

Construction supervision
In April 2012, APMT selected the civil contractor (GMB, Dura Vermeer & Imtech) and Witteveen+Bos installed the supervision team. The parties working on this project faced a tough challenge to build the terminal to the high standards required by APMT on time, within budget and with respect for the environment. We are proud to have been part of the team. 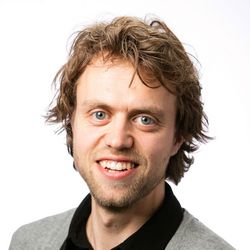