NETICS and Witteveen+Bos have won the Global Disruptive Tech Challenge 2021 for landscape restoration in the Aral Sea region of Central Asia. With their proposal for transforming salty lands into rich agricultural landscapes with NETICS' patented GEOWALL land cultivation technology, the two companies were named winners in the Agriculture and Land Management category.

The Aral Sea, once the world's fourth largest inland body of water, has nearly disappeared due to overuse of resources and the climate crisis, threatening the livelihoods of 40 million people living in the region.

The Global Disruptive Tech Challenge 2021 aimed to identify and support disruptive technologies and innovative approaches to landscape restoration in the Aral Sea region and Central Asia. The Challenge invited innovators around the world to submit their ideas and help change the lives of millions of people. Under the four themes of the challenge, a total of 159 proposals were received from 38 countries on 5 continents.

The proposal from NETICS and Witteveen+Bos envisages dredging sediment from the Aral Sea which is then mixed with soil and a natural binder. This mixture is then applied in a layer to the soil to be cultivated. This creates a fertile soil, due to the previously leached nutrients contained in the sediment and the fact that rainwater is absorbed and stored in the mixture. Witteveen+Bos' contribution focused on the preparation of the business case with proposals based on the local conditions for the crops to be grown and the costs and returns to be applied.

The challenge was organized with the support of the Central Asia Water and Energy Program (CAWEP) a multi-donor Trust-Fund financed by the European Union, Switzerland and the United Kingdom. The challenge was administered by the World Bank and will inform the Resilient Landscape Program in Central Asia RESILAND CA +, currently under preparation. It was implemented by the Kazakh-German University (DKU), the Global Landscapes Forum (GLF) and Plug and Play (P&P). 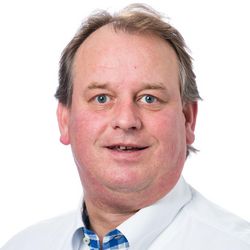