This project was initiated by general contractor BAM as part of a larger infrastructure project. The bridge, intended for bicycle traffic, crosses a small local canal in Gemert, the Netherlands. It spans 6.5 m and is 3.5 m wide. It consists of 6 segments, printed horizontally and rotated 90 degrees before being assembled by post-tensioned prestress tendons that keep the entire section in compression. The bridge elements were printed at the TU/e 3DCP facility, transported and assembled on site. The TU/e performed extensive material testing, assembly mock-ups as well as a 1:2 scale 4-point bending test. In addition, the TU/e provided extensive design support. An in-situ test was performed on the bridge before it was being approved and opened for general use on October 17th, 2017. 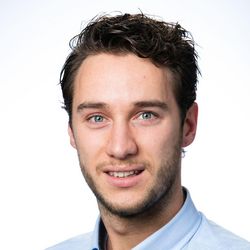