Review of sea defences along the Flemish coast

The KUST department of the Flemish government commissioned Witteveen+Bos to assess the safety of all dunes and dykes along the Flemish coast. In 2011, during the previous round of tests, it was found that about a third of the coastline was insufficiently protected. Since then, various measures have been taken to strengthen the coast at those locations. The results of the new assessment were used to confirm whether these measures were sufficient and whether areas are adequately protected.

The Belgian coastline runs from De Panne in the west to Het Zwin at the Dutch border in the east and is about 67 kilometres long. The sea defences consist of retaining dunes, sea dikes and combinations of both and are divided into 255 coastal sections.

The Flemish coast has a number of specific sections:

In order to take these specific elements into account, an innovative testing method has been applied. The testing method is based on the Dutch method of testing, but has been further developed for the use of advanced models for calculating dune and beach erosion, wave overtopping and the interaction between hard and soft elements in the flood defence.

This methodology was an excellent fit with Witteveen+Bos' knowledge of modelling hydrodynamics, morphology and flood defences. In several Flemish-Dutch expert meetings, Witteveen+Bos, together with Deltares and Delft University of Technology, advised on the correct implementation and optimisation of the testing methodology.

During the 1000-year design storm, part of the dunes and the beach erodes. To calculate the amount of coastal erosion, an XBeach model is used to simulate morpho dynamic processes during the storm. XBeach was developed by Dutch experts to simulate the behaviour of coasts under the influence of extreme storms and is continuously developed further on the basis of new knowledge and insights.

For dikes and low dunes the amount of wave overtopping during the design storm is determined. The surge is calculated with a SWASH-model and with traditional formulas for wave overtopping. These results are compared and the most reliable result is used. SWASH was developed by Delft University of Technology and simulates wave propagation from deep water to the foreshore. Subsequently, it calculates wave overtopping. The great advantage of this new method is that the dike profile can be simulated one-on-one and that it is not necessary to apply different formulas and correction factors. The result is therefore very accurate.

The most important input for the calculation models is an accurate digital elevation model of the entire seawall. Therefore, during a field visit the entire coastline was inspected and recorded in approximately 2200 photos to characterise each coastal section, record any weak points and other relevant features. During the first phase of the project, a database was compiled based on the field visit and the data supplied for the performance of the assessment. 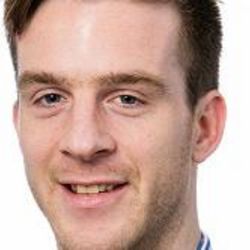