In the histories of Groningen, Drenthe and Friesland – histories that have shaped the landscape – peat extraction forms a common thread. With a contribution from the Creative Industries Fund, Witteveen+Bos and the Noorderzijlvest Water Authority carried out a design study into how restoring the water link provided by the old peat canals in Groningen, Drenthe and Friesland could add value to this rural area.

Peat began to be extracted from an area on the foothills of the Drents Plateau in the 16th century. In connection with this endeavour, special canals were dug, both for drainage and for transporting the extracted peat. The Leekster Hoofddiep, the oldest peat canal in Groningen, was the first such waterway. In the second half of the 17th century, the Bakkefeanster Faert (now known as the Frieschepalenvaart) connected the area to Drachten in Friesland.

From the 19th century, the city of Groningen became more important as an economic power; accordingly, it provided the primary infrastructure for the water system, such as canals and locks. One such lock connected Groningen’s Jonkersvaart to Friesland’s Wilpstervaart, which not only created a waterway link but also prevented the Jonkersvaart from drying up. Over time, both canals acquired various branches, such as the Tolbertervaart to Tolbert, the Akkermanswijk to Marum, and the Evertswijk towards Zevenhuizen.

This system of canals and locks played an important role in the development of the Drenthe, Groningen and Friesland provinces, as well as the connections between them. It was a major driver of the development of villages, linear settlements and economic prosperity. In 1982, however ­– 111 years after construction – the link between Groningen and Friesland was severed. The canal in Leek was filled in and several locks were decommissioned. Since then, the old peat canals have comprised an incomplete water system: not navigable and divided up for water management purposes.

Design and imagination as tools

To adapt to climate change, a more robust water system is needed. This involves looking at new water supply routes and new connections. With this knowledge in mind, an investigation was conducted – together with various stakeholders – into how restoring the peat canal water system is connected to issues such as climate change and the housing and nature challenges, and what its prospects are in terms of recreation, tourism and the economy.

Interest in the old peat canals brought public and private parties together across three provincial borders. To aid the discussion of perspectives, Witteveen+Bos employed design and imagination. In a series of workshops, a picture emerged of how the canals could contribute to creating an area with a recognisable landscape and a high level of liveability in its centres, as well as promising economic prospects and feasible climate targets.

Creating a climate-robust water system is costly. Together with stakeholders, the added value of a water link via the old peat canals was examined in terms of agriculture (including nature-inclusive, closed-loop agriculture), recreation (including active leisure pursuits such as cycling, walking and boating), and water quality and demand. The historical system offered inspiration: water as the primary infrastructure in villages and a route through rural areas. The project has stimulated discussion in Groningen, Drenthe and Friesland about the system’s potential to contribute to a natural and socioeconomically prosperous area in the near future. 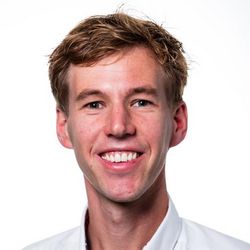 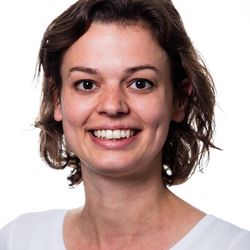 Stroomstart, a serious game about circularity in area development