When humans create the conditions, nature responds impressively fast. The Marker Wadden, an archipelago in the Markermeer, is powerful evidence. Initiated by Natuurmonumenten and Rijkswaterstaat, the nature islands were created from sand, clay and silt. Witteveen+Bos was involved in the design, construction and nature development of the first islands. We also played an important role in the accompanying research into developments on the islands.

The Markermeer Lake is located between the provinces of Flevoland and North Holland and measures 700 km2. On the upper side, the Lelystad-Enkhuizen dyke provides the separation from the IJsselmeer. The Markermeer is increasingly facing biodiversity decline.

The decline of the ecosystem in the Markermeer is the reason for the construction of the Marker Wadden. The Markermeer is a relatively shallow, wind-sensitive lake. The bottom is covered by a thick silt bed that is strongly stirred up thereby disrupting the life of plants, insect larvae, crustaceans and shellfish. Combined with decreased water nutrient richness, biodiversity is declining.

The Marker Wadden project was launched in 2016 to restore nature in the lake. The contract to create an initial series of islands was awarded by Rijkswaterstaat to the consortium comprising Boskalis, Arcadis, Vista landscape architects and Witteveen+Bos.

The islands are created from sediment (sand, clay and peat), surrounded by sandy edges and protected from waves by a large sand body between two stone abutments. The recessed areas around the islands and the lee created by the islands ensure floating silt is captured. This aims to reduce the silt problem and create clearer water in which plants and all associated fauna can grow and biodiversity improves.

Witteveen+Bos played several roles in the project. During the design phase, geotechnical engineers worked on behalf of Boskalis to design the two stone abutments for the large sand body protecting the islands. During the design phase, our ecologists worked on the design of the islands and created a plan for the intended wildlife development. During and after the realisation phase, our ecologists were responsible for developing marsh vegetation on the islands on behalf of Boskalis. And finally, our ecologists and remote sensing experts collaborated on the accompanying scientific research programme KIMA, which examined all developments on and around the islands for five years. More on this below.

Immediately after the first islands emerged, nature started to develop spontaneously and rapidly. Within a few weeks, as many as 2/3 of the Western European population of sand martins arrived at the Marker Wadden to feast on the many dancing midges that developed in the shallow water. Marcel Klinge: “The fact that these birds found that out so quickly and came flying in en masse from a great distance never ceases to amaze me!”

The task for Witteveen+Bos was to initiate a development of reed marsh as soon as possible after construction of the islands and stop the development of willow. This was a massive challenge, which our colleague Koen Princen took up with boundless energy and creativity: “Sowing reeds with a hovercraft, planting reed canes with volunteers, reducing goose feeding of the reeds with clever exclosures, flooding the islands during the period when the wind brings in willow fluff: these are just some of the many creative solutions that have been applied. That was wonderful, educational and effective!”

To ensure the best possible result and to gather as much knowledge as possible, the Marker Wadden Knowledge and Innovation Programme (Kennis- en Innovatieprogramma Marker Wadden (KIMA)) was launched. A research and monitoring programme in which a consortium of parties (Rijkswaterstaat, Natuurmonumenten, Deltares, EcoShape, Arcadis, WUR, NIOO and Witteveen+Bos) followed and analysed developments on the Marker Wadden for five years. Together with Deltares, Witteveen+Bos developed the topic ‘Building with silt’. This topic included investigating subsurface settlement and silt consolidation, including the influence of vegetation on them. A synthesis report of the design and results of all studies was recently published.

Among other things, Witteveen+Bos used drone images and deep learning to monitor the vegetation. “In the first phase, marsh endive in particular flourished quickly. This pioneer species will again be supplanted by other species. Species that are less likely to flourish but that are more competitive. The development of vegetation in the area is still very young. It is hard to predict what biodiversity will look like in five years. Meanwhile, a proposal has been submitted to continue monitoring and analysing the development of the Marker Wadden in the coming years,” Marcel Klinge says.

The results of five years of Marker Wadden research will be presented at the international KIMA congress in Amsterdam from 12 to 14 October.

Vegetation monitoring thanks to deep learning

Starting point for the search for higher accuracy were drone images of the Marker Wadden taken by Boskalis colleagues, made available for this study by client Deltares. “When using remote sensing to monitor vegetation, this is often based on satellite images,” says Frank Klein Schaarsberg, data analyst at Witteveen+Bos. “These images give a more global impression because of their ground resolution. The relatively small-scale vegetation on the Marker Wadden, especially in the early years, requires a more accurate analysis.”

“The model sees cut-outs from the drone images of the Marker Wadden in which it is annotated exactly which species are displayed. The model uses the images to associate structures in the image with vegetation. By then ‘showing’ the model the entire Marker Wadden, a map is created of the most likely vegetation in the area on the day the images were recorded.”

Wide-ranging technology
The development of the vegetation was monitored based on maps for the years 2018, 2020 and 2021, focusing on the most common vegetation species, including willow. “These high-resolution images, or the corresponding analysis technology is useful for many forms of local aerial monitoring. This includes road surfaces, banks, dunes, etc. Basically everywhere where details are important,” Frank Klein Schaarsberg concludes. 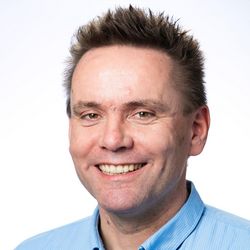 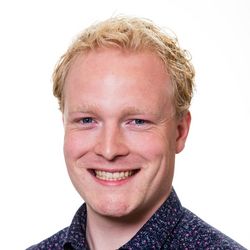