GROHW - an initiative of Witteveen+Bos

How we aim to accelerate the energy transition with green hydrogen

In the Netherlands, we are increasingly faced with grid congestion; there is not enough space available on the electricity grid to accommodate the increase in locally generated sustainable energy. In the future there will be an increasing demand for (sustainable) electricity. There is a risk that sustainable energy will be unnecessarily wasted and the energy transition will be slowed down. This calls for a solution where sustainable electricity can be generated, stored and distributed smart and locally.

GROWH stands for Green Oxygen, Hydrogen and Waste Heat production. It is a collective of regional entrepreneurs, research institutions and local government in the Deventer region, initiated by Witteveen+Bos. GROWH aims to accelerate the energy transition and reduce CO2 emissions, with green hydrogen as the most important building block. Our collective focuses on the technical and economic possibilities for the generation, storage and distribution of green hydrogen, oxygen and residual heat.

The outcome of GROHW is a blueprint developed by Witteveen+Bos: a scalable design that can also be applied in other industrial areas in combination with wind and solar parks. The hydrogen system consists of an installation (electrolyzer) that produces hydrogen and oxygen using sustainable electricity, with part of the electrical energy released as residual heat. The concept has been developed in such a way that electrolyzers can be produced in large quantities. This ensures that the cost price can be reduced considerably.

By investing in the development of this technology now, it can be widely and affordably used in the short term as a contribution to the necessary energy transition. In the GROHW design, in addition to hydrogen, the released oxygen and residual heat will also be used. The decentrally generated green hydrogen can be used locally by industry, mobility and the built environment. As a result, hardly any energy is lost.

This year - in 2022 - GROWH will realise the first 50 kW demonstration at De Gasfabriek in Deventer. This demo has been made possible thanks to a REACT EU Eastern Netherlands subsidy, supplemented by contributions from the project partners themselves. The installation will provide sustainable heating for an office. In addition, in the summer of 2023 a tubular trailer will be filled weekly at the asphalt plant in Deventer for a pilot test with hybrid burners (hydrogen and natural gas). Witteveen+Bos is conducting the associated safety analyses (HAZOP and QRA) and is responsible for issuing the WABO permit.

The initiative and personal contributions show how motivated the GROWH collective is to make a proactive contribution to solving the grid congestion and accelerating the energy transition. Participants in this project are: Saxion University of Applied Sciences, HanzeNet, Brandeniers, Rabobank, Asfaltcentrale Stedendriehoek (ACS), Vos Transport, Van Dorp Installaties, MTSA Technopower, and HAN University of Applied Sciences  and Witteveen+Bos.

A subsidy has been granted by the province of Overijssel to carry out this project, as well as a small contribution from the province of Gelderland. The Rabobank shows its commitment by making its knowledge available and by bearing part of the project costs.

Want to know more about GROWH? Then go to One To Zero Emission | GROHW. Curious about the possibilities of hydrogen and similar sustainable solutions? Get in touch with us. 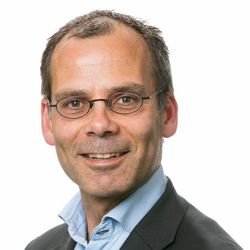 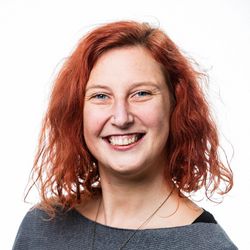