A shipping bypass next to one of the world’s largest dams, the Itaipu Dam, could create the potential to significantly boost economic development and help improve sustainability in five Latin American countries. For this reason, management company Itaipu Binacional commissioned Witteveen+Bos to conduct a technical, economic, ecological and social feasibility study for a bypass which employs locks and allows shipping traffic to cross the upper reaches of the Paraná River at the border between Brazil and Paraguay.

The Itaipu Dam is the largest hydroelectric power plant in the world and possesses a unique capacity for the production of renewable energy. It is also considered one of the modern world’s seven engineering wonders by the American Society of Civil Engineers. The dam is 7.7 kilometres long, and in 2016 its hydroelectric turbines produced 103 TWh of renewable energy, which is enough to meet 75 % of Paraguay’s national energy needs and 17 % of Brazil’s. Due to an increase in transport over the past decade, Itaipu Binacional elected to commission a feasibility study for a shipping bypass near the Itaipu Dam. As part of this, Witteveen+Bos investigated the technical, economic, ecological and social feasibility of this bypass over the Paraná River.

In the preliminary design produced by Witteveen+Bos, the huge difference in height of 125 metres is addressed by using a 6-km-long canal featuring four locks (the second and third locks form a staircase) to enable ship passage from upstream to downstream of the dam. Nautical fast-time analysis has shown that a 160-by-16-m barge convoy can safely approach the locks despite the high-velocity flows downstream. The project’s construction costs are estimated at USD 1.3 to 1.8 billion.

One of the project’s biggest challenges was that all the infrastructure had to be ‘lifted’ above the basalt to avoid as much excavation as possible. In all previous studies, this was the biggest cost item. Another big challenge involved designing the bypass’s water system in such a way as to limit the amount of water that is ‘lost’ (i.e. not utilised) in the process. All such water would represent an immediate loss of revenue for Itaipu Binacional, because no energy could be generated by it.

As the economy grows, so too will the need for transport. One of the biggest advantages of waterways is that they offer a more sustainable mode of transport. A convoy of twenty inland shipping vessels, for example, can transport 30 thousand tonnes with a fuel consumption of 5 litres/tonne/km. To transport the same freight, 1,200 trucks would be needed, with a fuel consumption of 218 litres/tonne/km. As well as this, the Paraguay-Paraná waterway is a major development opportunity for five countries: Paraguay, Brazil, Uruguay, Argentina and Bolivia.

An economic analysis investigated the potential benefits and weighed them up against the investment and maintenance costs of the bypass. The future benefits generated by the bypass are sufficient to justify the investment; the accompanying environmental and social impact can be mitigated.

Paul Ravenstijn, managing director of our front office in Panama: ‘We wanted to contribute to sustainable water management and energy generation, on the one hand, and sustainable transport and economic development on the other. Also, rivers are fragile ecosystems that can nevertheless provide an important solution to climate and environmental problems connected to energy production, food security, and mobility. This made the study complex and required specialist knowledge. That’s why we used fast-time simulations – in collaboration with MARIN, the world’s largest independent research institute in the maritime industry – to investigate the nautical feasibility. For the transport prognosis, we worked with STC-Nestra/Gistran.’ The study also focused on the factors that determine social impact, such as stakeholder interests, the local community, and social impact. After all, without social acceptance, technical designs are useless. The feasibility study was carried out using Witteveen+Bos’s innovative ‘integrated design’ method, in which the seven sustainable design principles are applied wherever possible. Both parties endorse the UN’s seventeen Sustainable Development Goals. In doing so, the parties have indicated their commitment to ending poverty and hunger, protecting human rights, and promoting gender equality. 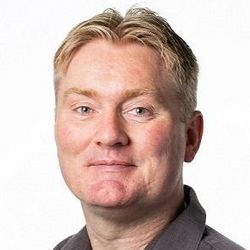