Residents on the Indonesian island of Adonara cross the dangerous Larantuka Strait on small ferries. These ferries only operate during the daytime, cannot transport cars, and are capable of carrying only a small amount of cargo. This poor connection affects the social and economic development of the island. Both residents and the regional government have been asking for a bridge for years. The power supply on the island is also inadequate and power cuts are frequent. This, too, affects the local economy.

In collaboration with project partner Bita Bina Semesta, Witteveen+Bos performed an Environmental and Social Impact Assessment (ESIA) to identify and address all the major environmental and social impacts of the project. Although the tidal bridge will be of significant social and economic significance to this poor region of Indonesia, it is also going to be built in an area where whales are occasionally sighted and endangered turtle species nest. Without a good design, the project could have consequences for these species.

The relocation of some residents and businesses will also be required to allow for wider access roads. And the ferry operators, approximately 75 in number, will lose the source of their livelihood once the bridge has been completed. Compensation will need to be arranged for these operators. Witteveen+Bos has identified the affected communities and businesses and provided a framework for restoring their livelihood. We have also suggested a number of design changes to allow for the undisturbed passage of whales and turtle nesting.

In 2022, Witteveen+Bos expects to be closely involved in the execution of the next design phase, the so-called Front-End Engineering Design (FEED). Tidal Bridge has asked Witteveen+Bos to lead the design process during this important phase, in which the project’s design will be developed in more detail and put out to tender for construction. 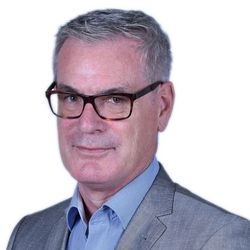