Energy transition in The Hague

The municipality of The Hague has the ambitious climate objective of becoming climate-neutral by 2030. By making its own real estate in the municipality more sustainable, the Central Government Real Estate Agency is also taking the lead in the energy transition. Witteveen+Bos is advising the municipality and the national government on how these objectives can be achieved. Below is a brief glimpse into some of the projects.

In the EnergieRijk Den Haag programme, Witteveen+Bos, with partners DWA and Rebel, was commissioned by the Central Government Real Estate Agency and the municipality of The Hague to draw up an area-specific strategy in 2018, initially for making 16 government buildings more sustainable. The programme now covers 1 million square metres of building space. The Green City deal has created a large-scale collaboration between public and private partners. Together the strategy is being translated into visible and concrete projects.

Many of the EnergieRijk Den Haag buildings are situated in the Central Innovation District (CID), an area in The Hague that will undergo radical development or redevelopment in the coming years. The plans for the CID combine the existing construction and infrastructure in the area with new very high-density new build. This entails the associated mobility and sustainability challenges.

For part of the CID, the Policy Campus, Witteveen+Bos was commissioned by the municipality to set out a strategic vision on how local sustainable energy sources can be used with ingenuity to make the built environment more sustainable. The result is the Energy Transition Vision Policy Campus. The building blocks of the energy transition and dynamic transition path approach developed by Witteveen+Bos have helped in assessing the potential sources of sustainable energy in the area, and in combining them optimally with the various types of buildings. A dynamic roadmap describes promising transition paths towards a climate-neutral Policy Campus: not simply nailed down and staring blindly, but working flexibly and with focus.

Witteveen+Bos is contributing in the area of renewable heat and smart buildings, by deploying the mass of all these buildings to accelerate innovations and scale up new projects. The ‘Trias Territoria’ design philosophy and the dynamic transition paths that we devised as early as 2017 are now being developed into a climate-neutral city. 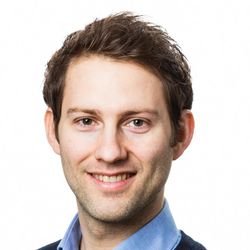