Haarlemmerhout, a historic wooded park in Haarlem, is the Netherlands’ oldest national heritage site. To strengthen the position of the park and its surroundings, objectives aimed at boosting the scenic, natural, recreational and cultural-historical value of the area were included in a 2009 vision on the park’s management. Under assignment to the Municipality of Haarlem, Witteveen+Bos was responsible for design and works supervision for the area around the former dramatic society clubhouse Dreefzicht.

Haarlemmerhout – colloquially known as De Hout or ‘The Woods’ – became popular during the Dutch Golden Age as a recreational area for wealthy residents of Haarlem and Amsterdam. It lies in the Haarlemmerhoutkwartier district of Haarlem.

One of the park’s most distinctive landmarks is the Dreefzicht building. Built in 1840, this former clubhouse of the Haarlem dramatic society Trou moet Blijcken was designed by Jan David Zocher. Originally the clubhouse stood on an artificial elevation at the end of a road, Dreef, surrounded by lawns and large trees. The rich histories of the society and park formed a major inspiration for the redevelopment design.

Meeting place for cyclists and pedestrians

This area development project centred around the intersection between Hendriklaan and Koningin Wilhelminalaan. In order to achieve the goals outlined in the 2009 vision, two sustainable design principles were applied during both the planning and design processes: participatory design and designing with nature.

The existing situation was heavily geared towards traffic flows, with a large amount of space set aside for parking. The Municipality wanted to transform the area at the end of Dreef into a (more explicit) meeting place for cyclists and pedestrians. With this in mind, our landscape architects made subtle adjustments to the design in a series of incremental, carefully considered changes.

A prominent feature of Haarlemmerhout is an ancient, free-standing linden tree. Previously surrounded by a monochrome pavement, in the new design it is encircled by a large round bench. Wildlife is also given more space in the design – at the expense of the paving. The addition of year-round, colourful and weed-free GreentoColour® plants reinforces this effect.

The rich history of this part of Haarlem is accentuated in the design by its focus on historical sightlines and entrances. The path to Haarlemmerhout, in use since 1560, has been redesigned to include a bend, creating a more natural route between Houtplein in the city and the entrance to Haarlemmerhout. The other historical ‘axis’ is the avenue leading to Dreefzicht, which has been the access road to the clubhouse since 1840. To highlight this feature, the design includes a narrowed road where cars are seen as guests.

These changes to the avenue up to Dreefzicht are in line with the 2009 vision’s goals of strengthening the area’s recreational function and making it safer for pedestrians and cyclists. Where cars and pedestrians cross, the height of footpaths, bike paths and roads have been made equal; and as an additional safety measure, the road surface features a different colour and ‘shark’s teeth’ markings to indicate right of way.

Local residents successfully pushed for the preservation of historic trees – one of the design details resulting from stakeholder participation – and as an extra measure to protect greenery, the planting of additional linden trees has been incorporated. Finally, the entrance has been redesigned in such a way that visitors step right into the woods, just as in earlier times. 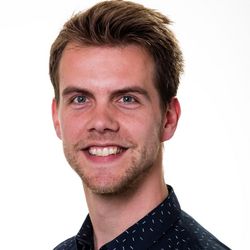