Development of a solar island in the Evides reservoir in Rotterdam

Floating Solar has developed a method for generating solar energy in an efficient manner. By placing solar panels on a floating construction, the user can rotate the construction so that it is always optimally positioned in the sun.  After a pilot study on the Slufter, the first large-scale floating solar park was constructed in the Evides reservoir in Rotterdam. Witteveen+Bos was asked to prepare an analysis of hydraulic and wind loads acting on the floating solar structure and then to draw up an anchoring plan. The normative load combination led to the design of an anchoring plan for the solar island.

The construction has been designed for a lifespan of 25 years and will provide Evides with sustainable solar energy. The challenge for Witteveen+Bos was to design and calculate an anchoring structure for the solar island that would be loaded by both wind and waves. Partly because of the innovative nature of the solar island, there are no standardised rules or design guidelines for such structures. Therefore, a combination of knowledge from scientific literature and engineering standards was sought to estimate the impact of waves and wind in order to design an anchorage plan. For the analysis of wave and wind loads, local meteorological data was studied based on extreme value analyses. For the design of the anchorage, local soundings were studied.

In the final phase of the project, a Technical Due Diligence was carried out for the overall construction and an adjacent onshore solar park. This analysis focused on structural, electrical and functional properties of the floating solar island.

In the past Witteveen+Bos has worked with Floating Solar on various projects involving the design of floating solar parks. Some examples are the solar park for PWN Andijk and PWN Hoofddorp. Both solar parks will provide PWN in Noord-Holland with sustainable energy.

There are no standardised methods for determining wave and wind loads on floating solar parks. This application is relatively new and the combination of structural, hydrodynamic, geotechnical and electro-technical aspects is unique. The rotational characteristic of the island posed a challenge to the design of the anchoring plan, as the positions of these piles had to be selected tactically. 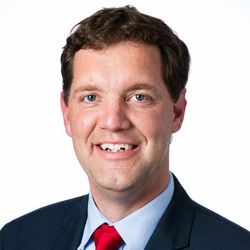 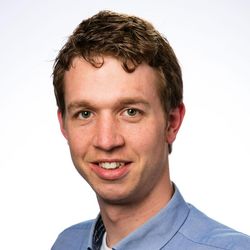