In recent years, (social) interest in new and emerging substances has increased: drug residues, endocrine disruptors and industrial chemicals such as PFASs are receiving significant attention. Research by the Foundation for Applied Water Research (STOWA) has shown that, currently, waste water treatment plants do not remove these substances to a sufficient degree, making the plants point sources of medicines and hormones in particular. Several water authorities have started to address this issue at the plants with the biggest impact on the receiving water system. These plants are sometimes called ‘hotspots’. Example projects which tackle hotspots using the PACAS technique include Leiden-Noord (Rijnland Water Authority), which receives waste water from two hospitals (and in the future, three), and Oijen and Dinther (Aa en Maas Water Authority), because of their vulnerable receiving body of surface water.

In 2018, STOWA identified PACAS as one of the most promising new techniques. It has never before been applied at full-scale in the Netherlands. Within Europe, an installation is operational at a small treatment plant in Switzerland, but the project in Leiden-Noord will be the first full-scale PACAS installation in the European Union.

Under contract to the Rijnland Water Authority, Witteveen+Bos successively drafted the programme of requirements, preliminary design, final design and specifications, and then provided support in the contracting and tendering processes. As this is the first installation in the EU, Witteveen+Bos organised a number of excursions to reference installations. This was guided by a strong emphasis on (explosion) safety. Powdered coal is a flammable and explosive material; dealing with such risks is new for Dutch water authorities.

PACAS project in Oijen and Dinther

The Aa en Maas Water Authority has also started applying PACAS at their treatment plants. The sewage treatment plant in Oijen is currently undergoing a total renovation and a PACAS system will comprise one of the refurbished plant’s new components. Witteveen+Bos is using its leading position and experience to efficiently build the second full-scale PACAS installation and tender it with the water authority. 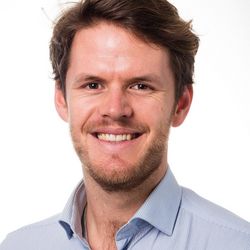