The Stedendriehoek region wants to promote the bike as a mode of transport for travelling to work, station, school or going shopping. It is therefore working to create better regional connections through a cycling infrastructure of fast and safe routes. The Deventer-Zutphen cycle route is an important part of this. Client Clean Tech Region wants to propose some well-planned and supported alternatives to the policy makers. Various route options were therefore explored to tempt commuters to get on their bikes and travel the 15 kilometres between Zutphen and Deventer, sustainably and healthily.

Witteveen+Bos is working on different parts of this project, such as route choice, landscape integration, cost estimate SSK, traffic advice and the preliminary design. In an interactive and iterative process with experts from all the parties involved, three routes were ultimately elaborated into a preliminary design and report. We supported the official process with traffic input and Value Engineering principles. The variants were tested against the CROW guidelines for bike freeways.

We also took steps from research to preliminary design, including a cost estimate to improve the cycle route between Deventer and Zutphen. The Fietspadplanner (Cycle Route Planner) was used during consultations with the professional parties involved to improve the process.

At several points of the route, the spatial integration of the cycle route was a challenge. Existing objects proved a problem, for example, such as lines of trees, houses, cables and pipelines. By smartly combining certain sections and offering an alternative route for other parts, an uninterrupted route was created.

Some sections were elaborated into the 'ideal' variant. All the considerations were presented in a Value Engineering session. After optimising the variants, a supported cycle route was established. 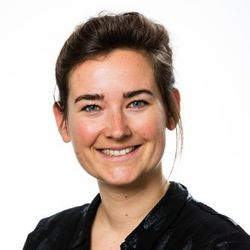