The Drenthe water company, WMD, is building a new production station for drinking water at the existing pumping site east of the village of Beilen. WMD and Witteveen+Bos jointly designed the water treatment plant. Witteveen+Bos was responsible for the architectural design and landscaping of the new building and the new clarifier tanks. The character of this cultural-historical landscape on the edge of the Beiler Es was explicitly taken into account in the design.

The essence of water as a source of life was translated into the architectural design. By opting to use green façades in the plinth, the building has quite literally ‘living’ façades that contribute to air purification, lower ambient temperatures, heat regulation and biodiversity.

Aeration of the pumped groundwater is an important step in the treatment process of groundwater. After oxidation by oxygen, iron and manganese are deposited on the filter material in solid form (as iron and manganese oxides) and are then removed as the main residual components. The architecture of the water production plant visualises this oxidation process precisely. This is seen in a literal sense in the golden brown weathering steel sculpture with ‘oxidised skin’ on a pedestal of manganese-coloured bricks. Circular paving stones made of iron sludge from water treatment plants were chosen as the material for the pedestal.

The weathering steel sculpture and the green façades simultaneously refer to the two historical landscapes of area: the higher lying fields of the Beiler Es with variable tones of reddish brown and the lower lying green river valley. The 3D pattern of the weathering steel façade panels also depicts the relief of a water surface.

The concept for the landscape plan is based on the preservation and enhancement of the existing qualities and the cultural-historical landscape, with the aim of:

In this way, the landscape plan provides substantiation and development of the design of the grounds in relation to the new building and integrates the various facilities into the landscape. With particular emphasis on the unique morphological location of the area on the edge of the Beiler Es.

Due to an integrated approach of the design task at hand based on the disciplines of architecture and landscape architecture (in close consultation with technicians and the client), a powerful architecture and landscape concept could be drawn up and developed. This enabled a functional and pleasant working environment to be designed, while at the same time the building and grounds provide a positive experience and added value to anyone passing by. 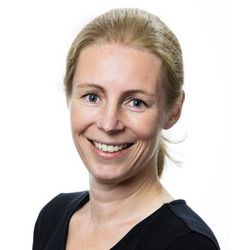 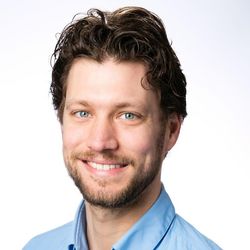