A lot of work has been carried out in recent years aimed at restoring seagrass meadows in the Wadden Sea. So far, the results having been nothing short of remarkable, with plant numbers near the small island of Griend increasing from 200,000 to more than a million. Witteveen+Bos will now be joining the University of Groningen, the Fieldwork Company and Altenburg & Wymenga to help boost seagrass restoration. The five-year research and implementation project commissioned by Rijkswaterstaat (the executive agency of the Ministry of Infrastructure and Water Management) focuses on continuing the current success in the Wadden Sea and restoring seagrass to Grevelingenmeer and Veerse Meer.

In the past, the seagrass meadows in the Wadden Sea and the South-Western Delta covered thousands of hectares and played a crucial role in the natural environment as well as the economy. However, the construction of waterworks, the spread of seaweed diseases and deteriorating water quality have all had a detrimental effect on seagrass populations in most Dutch waters.

Various initiatives to restore seagrass meadows have taken place over the past decades. These initiatives have been carried out in various projects and compositions by, among others, Rijkswaterstaat, the Waddenvereniging, Radboud University Nijmegen and volunteers. One such recent and successful project was an initiative by Natuurmonumenten, the University of Groningen and the Fieldwork Company. The efforts of these three parties in recent years have resulted in a substantial increase in the seagrass population near the island of Griend in the Wadden Sea. This is partly due to the application of a new method, which involves using a caulking gun to inject seagrass seeds into the soil, where they successfully grow into plants.

A multi-year pilot project was conducted in Zeeland, specifically in Grevelingenmeer, where research has shown that seagrass is able to survive. However, to ensure that the seagrass population is not only restored but also increases, a greater understanding of the system and its ecological effects is needed. Attention has therefore turned to restoring seagrass meadows to Veerse Meer.

Following on from the recent successes in the Wadden Sea, a new five-year project has been initiated. Its goal is to realise self-sufficient seagrass meadows in the Wadden Sea and the South-Western Delta by, firstly, developing additional knowledge and, secondly, actively restoring seagrass by means of planting and sowing. Witteveen+Bos is coordinating the project and is working closely with a consortium of specialised parties, each of which is contributing its own knowledge and expertise.

The University of Groningen will be responsible for the scientific research, the Fieldwork Company will provide the practical application, Altenburg & Wymenga will draw up the knowledge documents and Witteveen+Bos will contribute specific expertise in the field of project management, engagement and stakeholder management and system analysis. The research will be funded by the Water Framework Directive.

The sowing and planting activities will be combined with further research and data collection to provide insight into the important parameters for seagrass restoration. Witteveen+Bos wants to contribute by utilising its years of experience in system analysis and through the application of computational models for issues relating to water quality, biodiversity and its restoration. This will contribute towards developing additional knowledge of key factors for seagrass restoration and gaining a better understanding of seagrass ecology, ultimately helping to improve areas such as location selection and seagrass planting methods.

The importance of seagrass

Just like mangrove forests and mussel banks, seagrass meadows are at the foundation of a healthy ecosystem. This aquatic plant forms large meadows where the water will flow slower, enabling silt to settle and create clear water. If a keystone species like this disappears, it will have a major effect on the entire system. This is because seagrass not only improves its own environmental conditions, but also serves as an important nursery, foraging habitat and shelter for many animal species. Moreover, seagrass meadows also capture CO2: up to 30 times more efficiently than rainforests! 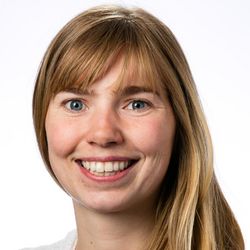