Together with Royal HaskoningDHV and Waterschap Vallei en Veluwe, Witteveen+Bos won the prestigious Dutch engineering award 'De Vernufteling 2019' with the Wilp Water Factory project. This was announced on Thursday 30 January 2020 at the New Year's meeting of NLIngenieurs in The Hague. The jury praised the way of thinking about water purification in this project.

Witteveen+Bos was nominated with two projects for the prize, which is organized annually by NLIngenieurs. The prize is awarded to the most inventive project and the winner is selected by a jury of experts. In 2016 Witteveen+Bos won the award with the mangrove dam project in Indonesia.

This year the jury had selected five of the fifteen entries for the final of the Vernufteling, two of which were submitted by Witteveen+Bos. These are the projects Water Factory Wilp and BlueCan.

Winner Water Factory Wilp
Clean drinking water, reduced greenhouse gas emissions and restoration of nature: the Wilp Water Factory  is a future-proof water purification plant. It is being built in Wilp, a municipality of Voorst, in the Netherlands by Waterschap Vallei en Veluwe, Royal HaskoningDHV and Witteveen+Bos. The jury, chaired by director Jacolien Eijer-de Jong of NLingenieurs, called the Water Factory a 'paradigm shift in water purification'. Royal HaskoningDHV and Witteveen+Bos 'no longer talk about purification, but about separating raw materials', said Eijer. According to the jury, the societal relevance of the project is great. It recovers valuable raw materials for use, and the decentralised application of the water plant is 'essential for climate adaptation in urban areas', said Eijer.

In the Wilp Water Factory, which is to be operational in 2022, there will soon be no large aeration and settling basins from which greenhouse gases and unpleasant odours can escape, but a compact installation in which various techniques will be applied. Rainwater, sewage and water from industry will not end up in one large tank, but will be filtered separately. Rainwater is purified using a natural helophyte filter and medicines, microplastics, PFAS and other sources of micropollution are extracted from the sewage water using nanofilters, among other things.

With the Water Factory, the Water Board is taking an important step towards full circularity by 2050. For example, the phosphate from urine and faeces of the almost 20,000 inhabitants and companies in the region can end up as a green fertilizer for agriculture. The cellulose from toilet paper can be given a second life in asphalt. The energy needed to purify the water will be sustainably generated on the site itself. Nature will also benefit from the new water purification. Because part of the purified sewage water ends up in the Twellose Beek (brook), it will not be able to fall dry in the summer. In this way, the Wilp Water Factory will be able to meet future challenges such as water and raw materials scarcity and climate change.

BlueCan
The fact that a lot of greenhouse gases are bubbling up from puddles, lakes, ponds and ditches is not very well known. Thanks to BlueCan, a tool developed by Witteveen+Bos and Deltares, it has been established that improving the quality of surface water can reduce greenhouse gas emissions.

A puddle of 100 ha emits around 457 tonnes of CO₂ equivalents per year. The worse the quality of the water, the more emissions. With BlueCan, these 'forgotten' greenhouse gas emissions can be visualised and the potential benefits of reduction measures are assessed. A pilot with the system at three Water Boards shows that emissions can vary by a factor of 10 between a lake with good and a lake with poor water quality.

The tool shows that improving water quality can contribute to achieving climate objectives. An additional advantage is that these clear, plant-rich waters provide more biodiversity and are more attractive for recreation. 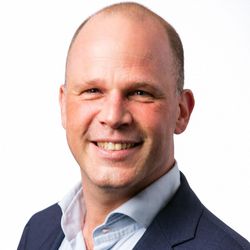 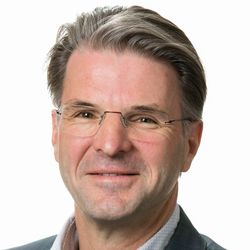