Tidal nature along the Upper and Lower Merwede

In the Upper and Lower Merwede, in the delta area from Dordrecht to Gorinchem, Rijkswaterstaat (the Netherlands’ Directorate-General of Public Works and Water Management) wants to create more than 60 hectares of tidal nature within the context of the European Water Framework Directive (WFD). Clean and healthy water is vital for people, animals and plants. Rijkswaterstaat is investing in improving the ecological water quality by providing a good living environment for plants and animals, to meet the WFD standards. Alongside engineering firm BWZ, Witteveen+Bos has been commissioned to prepare the measures and their implementation, with a planning study and the contract preparation. The tidal nature must be realised before 2027.

This is a broad remit, where several variants are conceivable and will be worked out. What does client Rijkswaterstaat want to achieve? Gert-Jan Goelema, Environmental Adviser on the project from RWS West-Nederland Zuid: 'We no longer have that much tidal nature in the Netherlands. Before the construction of the Delta Works, when the south-western delta had not yet been closed off, the tides reached far inland through ebb and flood. The differences between low and high tide diminished once the delta was closed, and significant tidal nature disappeared in the Netherlands through human activity. For instance, hard banks have often been built along the rivers for the benefit of shipping and flood safety. Natural processes of erosion and sedimentation have disappeared in the wake of this petrification. This has consequences for the area’s ecological water quality. We now want to restore that quality.'

'We focused initially on the Noordbovenpolder, which covers 57 hectares, but the conclusion was quickly drawn that it would be difficult to realise the entire development here. This was mainly because RWS doesn’t own much land there, and because of the many cables and (gas) pipes in the area. So RWS started to look further, also because there are certainly opportunities to achieve the objective in other places.' Timo Worm, Project Manager at Witteveen+Bos, adds: 'Rijkswaterstaat then put out a new tender, which we won. Alongside BWZ Ingenieurs, we are looking at the entire body of water known as the WFD, Upper and Lower Merwede, and seeking opportunities to realise the 57 hectares. This has since become more than 60 hectares, and during the elaboration of the design variants we are even looking for 75 hectares, so as to design robustly in this project phase.'

What kind of measures are you considering? Timo Worm: 'All sorts of interventions for creating this tidal nature could be conceived, like constructing or restoring creeks, making room for flood plains because so much has now been dyked, or ways to reduce the effects of wave action by ships. One idea is to replacing groynes with longitudinal dams, creating more leeward zones for the fish. It’s also important to increase the spawning and juvenile possibilities for fish, with fish passages, for instance, so that polders can be connected to serve as nurseries for the fish.'

Gert-Jan Goelema: 'The trick of course is to work as much as possible with the stakeholders and the environment to create a win-win situation. There are certainly more goals and tasks in this area besides the WFD, such as Natura 2000, nature education, the water system, shipping and recreation or recreational boating. We identified and became acquainted with all the parties during the exploratory phase. A digital design workshop was held at the start of February, introducing those involved to the task. The further we get in the process, the more specifically the questions are asked: what their wishes and goals are, whether and how we could integrate them, and what their contribution to this can be. It has to be an integrated design.'

Are the more restricted opportunities for meetings because of the corona measures throwing a spanner in the works? Timo: 'It has meant that consultations are only digital out of necessity, so I only know the Rijkswaterstaat team from on-screen, and sometimes I literally get a peek behind the scenes. That way you get to know each other, and maybe that’s why the cooperation is so pleasant. The design workshop we recently held with all the stakeholders was also digitally successful. It was good to see that those present want to find the best integrated solution; we need each other to achieve our goals. We can’t achieve this task alone, it’s as simple as that.' 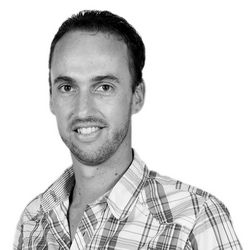