The availability of fresh water is under pressure. Heavy rainfall and extreme drought periods are alternating more frequently. The water is not always there when you need it. This is also a problem for farmers on the island of Schouwen-Duiveland. Agriculture on the island depends on local precipitation for fresh water, and on a limited volume of fresh groundwater. There is a particular shortage of fresh water during prolonged droughts. The call for the island to have its own freshwater supply pipeline has grown in recent years.

The Province of Zeeland commissioned Witteveen+Bos to investigate the possibilities of an external pipeline. This study was recently completed. It involved close cooperation with the Waterschap Scheldestromen water-board, the municipality of Schouwen-Duiveland and the agricultural sector.

Witteveen+Bos compared the supply from three different sources. It also considered two different distribution systems for getting the water to the farmer: a closed pipeline system, and one using existing watercourses and ditches. This resulted in a total of six variants. These were compared in terms of functionality, environmental impact, source sustainability, realisation time and costs.

The first source is the Noorder Krammer marine channel. This is closest to Schouwen-Duiveland, but it is expected that the water in the Krammer will also be too salty for agricultural use once the innovative freshwater-salt separation system is put into operation in 2024. Of the two other sources considered, the Eendracht in the Scheldt-Rhine Canal and the Haringvliet, the latter yields the most fresh water, but has the disadvantage of being further from Schouwen-Duiveland. This would mean extra transportation. Some 10,000 hectares of agricultural land could be supplied with fresh water once it has reached Schouwen-Duiveland. Both distribution systems have advantages and disadvantages.

The working group of regional stakeholders concluded that water from the Noorder Krammer is unsuitable. The other four variants each have pluses and minuses. No single variant scores best on all criteria. In all cases, the costs of external freshwater supply are high. Witteveen+Bos estimates the construction costs at between 40 and 180 million euros. Added to this will be the annual operating costs of between 0.8 and 3.6 million euros. In general, the higher the functionality, the higher the price tag.

An important conclusion of the study is that an external freshwater supply will require a substantial investment, regardless of the chosen variant. The organisations involved will now take stock of whether, despite the high costs, a viable supply solution can be worked out and how it can be funded. The supply options will also be compared against other options for a better balance of freshwater supply and demand. Several studies are currently underway. Examples include ways to save water (drip irrigation), rainwater storage in basins and soil, or the reuse of residual water. 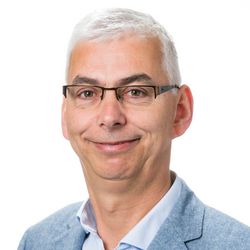