Building levees along the Ba river is an option to protect the city of Ba, on the island of Fiji, against floods. The levees, however, cannot protect the whole town from any type of flooding, so the best option is to widen the flood plains and give more room to the river. This was in short the advice the Dutch Risk Reduction (DRR) team gave the Fiji government after having assessed the flood control in the Ba river catchment.

Requested by the Fiji government, the Dutch DRR-team, led by Fred de Bruijn of consultancy firm Witteveen+Bos, visited the cities of Ba and Rakiraki in August of this year. Both cities on Fiji’s main island suffer from floods frequently as the country is frequently plagued by cyclones and heavy rainfall.

Developments in land use are expected to further increase the intensity of the floods. Upstream in the river catchment land is cleared for agriculture and downstream there is the expansion of the cities in the river’s flood plains.

The hydrodynamics of the floods proofed to be difficult for the team to understand. Different patterns of rainfall seem to cause floods on tributaries, while in other events the main Ba River ‘pushes into’ the  tributaries.

The team used a Digital Elevation Model (DEM) to get a better understanding of the hydrological conditions. They advised the local authorities to further develop the modelling, as it can help to facilitate emergency services and improving preparedness. A more detailed modelling can also help to identify the right locations for upstream interventions.

The team advised to increase the discharge capacity of the river by continues dredging, by lowering the flood plains and by lifting the obstruction of a large bridge. Constructing levees close to the city of Ba could be explored as a fall-back option, in case these interventions prove to be insufficient.

As engineers, we can address some of the problems by ‘hard engineering works’, the real challenge to our generation is to stop further flood risk aggravation through changed behavior and land use patterns in the catchment area.

To help other countries prevent or alleviate water-related disasters, the Dutch government and the Dutch water sector initiated the Dutch Risk Reduction Team (DRR-Team). Foreign governments can request the help of this team, which offers world-renowned water expertise.

DRR project teams can be deployed quickly after a natural disaster, offering knowledge and expertise in the field of water management, water safety and water supply. This can help governments with reconstruction and disaster prevention. Since the start of this facility in 2014, over 75 'scoping' missions have been conducted in 15 countries around the world. 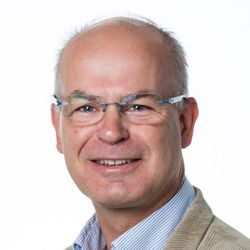