An annual saving as large as the heat consumption of 1,750 households and 10 Olympic swimming pools. And this in combination with a relatively low investment and thus highly attractive cost recovery times. This is one of the possibilities Witteveen+Bos recently presented to DuPont in Dordrecht after conducting a steam optimisation study.

Who hasn’t seen the images when driving past a large industrial complex? Large white plumes that are quickly mistaken in the media for polluting emissions. Usually this is water vapour from cooling towers and steam plumes being blown off, and thus posing no health risk. Nevertheless, we lose a considerable amount of residual heat within the process industry each and every day. Within Witteveen+Bos’ sustainability goals we aim to change this picture radically over the next decade, by minimising the loss of residual heat. This will make it possible to save a significant amount of energy and reduce carbon emissions. Ideally by tackling the problem at source, otherwise through the efficient reuse of low-value residual heat.

Cleverly counteracting steam loss
We performed a study for DuPont into the extensive steam system at its production site in Dordrecht. Steam is used widely in industry as a heat source at various temperature levels. This has been done for years by so-called cascading within the steam networks. Nevertheless a considerable amount of steam is still ‘flashed’ into the atmosphere. As a form of source approach, it is possible to prevent this ‘flashing’ and to reuse this water vapour intelligently, and with a high energy content within steam production, by introducing several smart and efficient adjustments to the steam system.

The Witteveen+Bos study compared a number of possibilities in terms of costs, CO2 reduction, complexity and risks. It became apparent that the majority of the proposed adjustments could be recouped within a few years without subsidies. With the recommended modifications, energy savings of up to 85 terajoules are possible, along with reductions of up to 1,600 tonnes of CO2 annually. As this fits perfectly with DuPont’s nine global Sustainability Goals, preparations are currently being made for further engineering aimed at realisation in 2021/2022. The benefits of the steam adjustments will become even greater if the expected carbon tax is implemented in the Netherlands in the coming years.

With the recommended modifications, energy savings of up to 85 terajoules and reductions of up to 1600 tonnes of CO₂ per year are possible.

Broad and integrated approach
DuPont Dordrecht has been one of Witteveen+Bos’ larger chemical industry clients in the Netherlands for many years. Alongside initial support in safety, the environment and licensing issues, at DuPont Witteveen+Bos actively responds to current internal and external developments needed for healthy and long-term business operations. In addition to study and design work focused on energy efficiency, the entire DuPont Dordrecht infrastructure is currently being screened and tested for reclassification under the Pressure Equipment (Commodities) Act Decree 2016 (WBDA). This will make use of Witteveen+Bos’ special PED reclassification tool. The broad and integrated approach of our engineers has proved to be successful time and again in enabling DuPont to respond to these developments continuously. 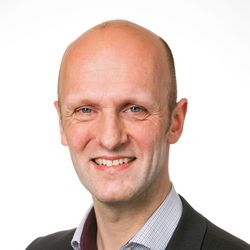