During the Plus+ Innovation Programme at Witteveen+Bos, I was part of the team that developed WIHA (Wave Impact on HArbours), a wave model that calculates wave heights in harbours. The model can be used to optimise port designs. Developing the tool did not just happen overnight.

Days of hard work and toil, only to come to the conclusion that at the end of each day we are no closer to a solution. This cost me and a colleague a lot of headaches and several hours of sleep. Surely this should succeed? We can do this, can't we? But the deadline for our part of the project came near, and all we could think of now was to call in an external party to solve the issue for us. That doesn't feel good, it feels like losing... like failure.

That is not how we want to work, we are experts. But however we tried, we couldn't get the wave model to work. How could we get this done...?

That's how my colleague felt too, and a few weeks later he came to the office with the announcement: 'I've been programming and tried something, I made a new wave model myself.' The first results were very promising! And the model is very fast! Yes! This is what we need! The new model also passed the first validation tests well! If this succeeds, if we can further develop this numerical model and make it user friendly, then we have something no one else in the Netherlands (and the world) has! We can then determine wave heights in a harbour in a flash, with a calculation time of a few minutes instead of several days!

That would be great, that's fantastic. If we could do that, we could even use it in the tender phase. We can win new projects, execute current projects better and appeal to a larger market segment. The possibilities!

We are now one year on. A year in which Witteveen+Bos' Plus+ Innovation programme gave us extra room for development and to get new ideas on how to bring this model to the market. Now we have 'WIHA', Wave Impact on HArbours, a model that has already been used several times in various wave studies for ports worldwide. The technical development is still ongoing, and we are also developing a GIS tool. Thus we are creating the new standard method for wave calculations in ports! 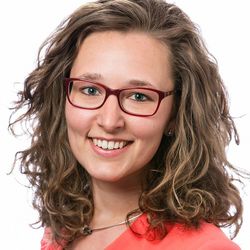