Gasunie’s WarmtelinQ project aims to use surplus heat from the Port of Rotterdam to heat homes and businesses in South Holland. This will significantly reduce carbon emissions and the use of natural gas for heating. The surplus heat will be obtained from a number of large industrial premises, particularly in the Europoort and Botlek areas.

The surplus heat will be transferred to a hot water system that acts like a huge central heating system, running from Rotterdam to The Hague and back again. The Delft pumping station will be located halfway along this route. The station will be the driving force in pumping the water throughout the entire system. Huge pumps will be installed, with a volume flow of more than 2,000 tonnes per hour and a pressure of more than 20 bars. The pumps will be driven by frequency-controlled 6 kV motors with a capacity of approximately 2 MW per pump.

For WarmtelinQ, Witteveen+Bos prepared the concept design and the detailed design for the pumping station. The detailed design was developed to the level of implementation and sometimes beyond: isometric drawings were created, for example, which show every weld and flange in detail; and order specifications were drawn up for piping parts and fittings, allowing Gasunie to order these without any further modification. A particular design challenge of this project was integrating the pumping station into the limited space available, especially due to the piping required. As considerable temperature differences needed to be accommodated, several expansion loops had to be included in the system. In connection with this, we carried out detailed pipe stress calculations.

As this is the first large above-ground WarmtelinQ object to undergo such a design process, a large number of technical choices that we made – together with WarmtelinQ – will also be applied to other objects in the project.

The detailed design was developed down to the implementation design and sometimes even further: for example, isometrics were prepared that show every weld and flange in detail

Witteveen+Bos developed the conceptual and detailed designs for this pumping station on behalf of WarmtelinQ. The detailed design was developed down to the implementation design and sometimes even further: for example, isometrics were prepared that show every weld and flange in detail, as were the order specifications for pipeline components and fittings, which enables Gasunie to order these elements without further development. A special challenge in this project was the integration of the pumping station into the limited available space, in part due to the required piping. Because the design needs to take significant temperature variations into account, various expansion loops had to be incorporated into the system. We performed detailed pipeline stress calculations for this purpose.

Because this is the first large aboveground object within the WarmtelinQ project to be subjected to this design process, we have made a large number of technical decisions together with WarmtelinQ that will also be applied to other objects within this project. 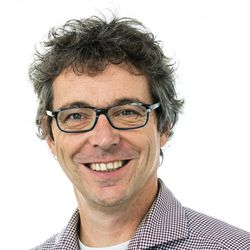