Following an extensive tendering procedure in which several large international architectural firms participated, a collaboration involving Witteveen+Bos, Benthem Crouwel Architects, OKRA landscape architects and Stramien – and supported by planeground airport consulting – was selected to carry out studies and the design for the next phase of Brussels Airport’s Airport Business District. The collaboration’s proposal was judged as the best due to its functionality, sustainability and flexibility, and it was praised for its ‘simplicity, legibility and clarity’.

More than an airport

Brussels Airport has the ambition to grow into a fully connected economic centre that will be much more than just an airport. To achieve this, further development of the Airport Business District is needed. This will provide space for economic activities of an urban nature – such as hotels and office buildings – which will complement the airport activities. It will also involve developing an intermodal hub where all the various modes of transport at the airport are connected. In the next phase of development, a new hotel and office building will be added alongside the hotel and two office buildings already present, and the intermodal hub will be constructed.

For this project, the consortium put together a future-proof draft proposal consisting of a hotel, a first-rate office building and an intermodal hub where the airport's different transport modalities are brought together. An important design principle was optimal functionality and experience, with safety and sustainability at the forefront. The idea is that travellers will easily be able to find their way between the various systems of transportation and also to easily transfer from one mode to another. The consortium is now working on an architectural study in order to arrive at a final design, the intention being to present the detailed plans in 2023. 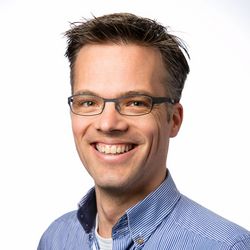